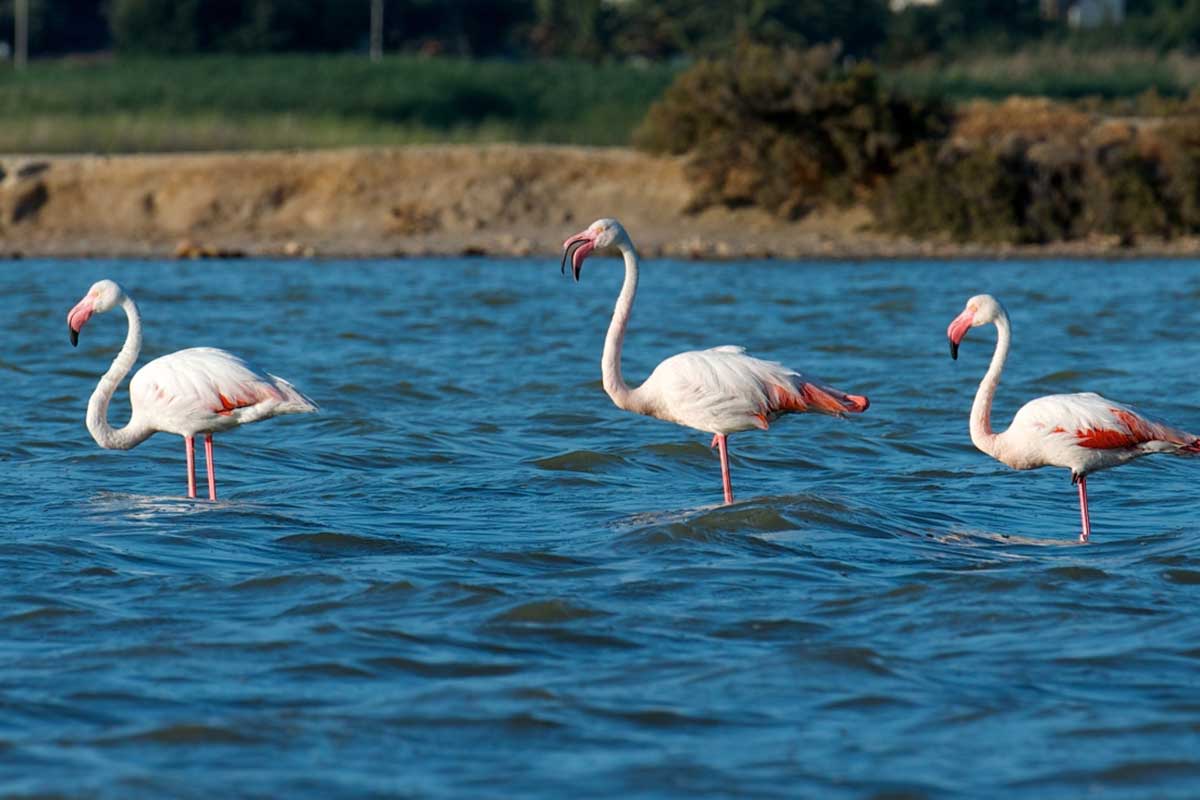 WHAT TO SEE IN CAGLIARI: THE SANTA GILLA LAGOON

Cagliari is settled right where the flatland Campidano ends in front of the Mediterranean sea. Between the flatland and the sea we can find two wet areas on both sides of the city :

The Santa Gilla lagoon and the marsh of Molentargius.

Being a lagoon it is connected to the sea through an opening near the city. Santa Gilla is about 13 square kilometers and it is separated from the sea by a sandy strip for several Km, inland to the north it extends to the foot of the mountains and several streams flow into it. Santa Gilla has been seriously transformed by man. On its shore we can see Cagliari-Elmas airport, an industrial area and a few villages, moreover the port for container ships has been built on part of the lagoon. The western side, called Macchiareddu, was transformed into salt works in the 1920’s. In spite of all these transformations Santa Gilla is rich in life and biodiversity. Its waters have all levels of salinity, from fresh at the mouth of the streams to extremely salty in the salt works. The lagoon hosts all the species present at Molentargius but in a much vaster and more isolated area. The lagoon has also always been a precious area for fishing for the local people who live here.

Contact us to visit the Santa Gilla lagoon with one of our Cagliari tours.