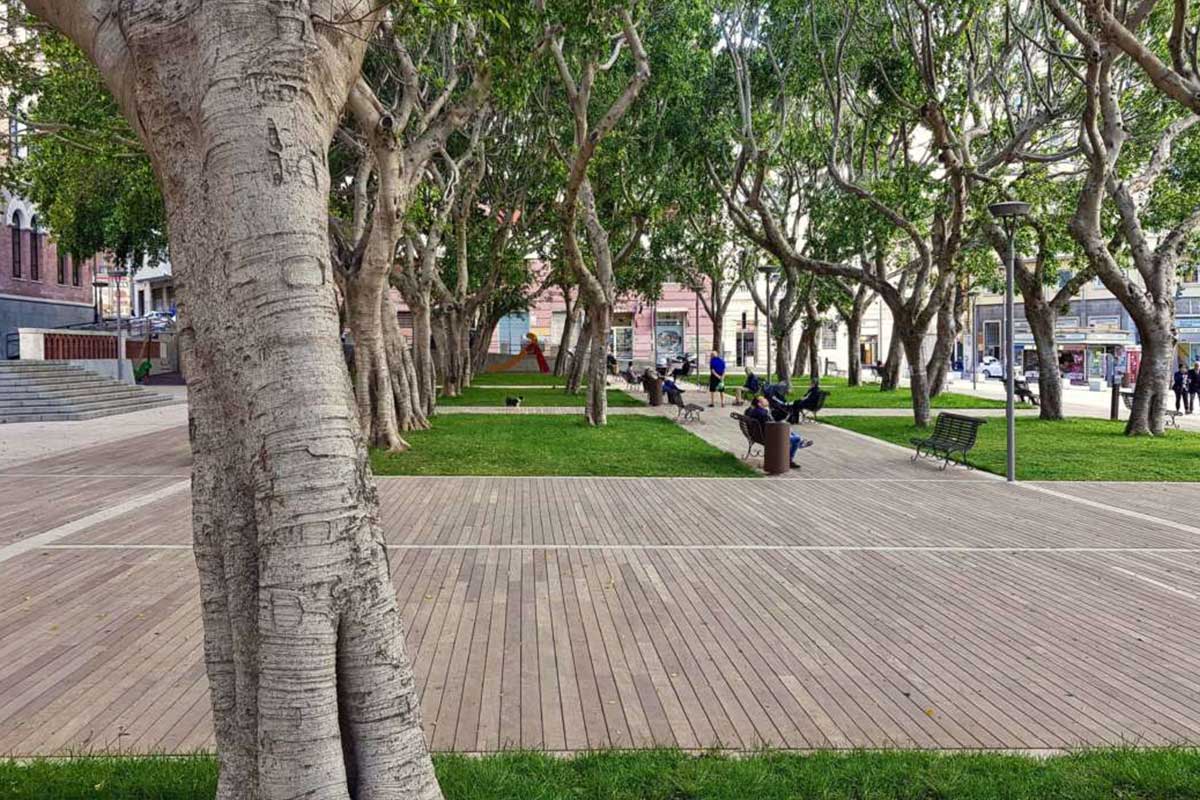 WHAT TO SEE IN CAGLIARI: PIAZZA GARIBALDI AND PIAZZA GRAMSCI

Piazza Garibaldi is full of huge trees and its construction was not easy: in fact, its sides were built  in different times, in function of the huge building of the primary school “Riva”, which became a very important element of the square.

Although its current layout is the result of all the works carried out over the years until the 1960’s, piazza Garibaldi has a sort of uniformity which can be seen in the layout of the streets that branches from it and for the presence of buildings that for their vast majority date back to the first half of the 20th century. Among them, palazzo Zedda stands out. It is at the corner with via Macomer, and it is an example of rationalist architecture, characterized by façades with two-colour fascias. Nowadays the square is one of the nerve centres of the road traffic of the town, which is directed by the central flower-beds, rearranged a lot of times precisely to speed it up.

The primary school building is entitled to the young officer Alberto Riva Villasanta, the last fallen of the First World War.

The square is dedicated to Antonio Gramsci and was part of a rational urban plan of the late 1930’s. It has the shape of a long triangle and is full of huge trees. It hosts the imposing building of the

Legione dei Carabinieri. The square is surrounded by a large number of residential buildings of the 1930’s and bigger buildings of the 1950’s and 1960’s. The Legione dei Carabinieri, built between 1930 and 1933, is eclectic in style, with a strong mannerist and classicist taste. Above the main entrances are four bronze statues by sculptor Albino Manca depicting naked men with an allegorical meaning: the Fascist era, Justice, New Youth and Duty.

Next to the Legione is the Parco delle Rimembranze, at the corner between via Sonnino and via San Lucifero. The park is dedicated to the fallen of the First World War, and it is an example of fascist- inspired rationalist architecture, common in the 1930’s. The war memorial is particularly noteworthy and was designed by architect Ubaldo Badas in 1935. The monument consists of two walls, formed by a granite base and alternate lines of blocks of stone of Serrenti and trachyte, modelled in the shape of fasces. The trachyte fascias have the names of the main battles fought by Italian soldiers during the First World War carved in relief on them. Behind the monument is the giardino of San Lucifero, a recently restored green space before the homonym church.

Contact us to visit piazza Garibaldi and piazza Gramsci with one of our Cagliari tours.